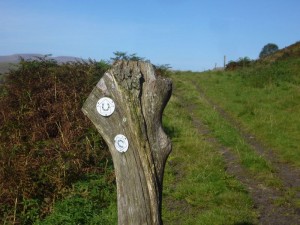 The Community of Onllwyn has an electorate of some 950 persons and is made up of the four hamlets of Pantyffordd, Onllwyn, Dyffryn Cellwen and Banwen, the legendary birthplace of St. Patrick. It has two Roman forts and the only extant Roman Road in Glamorgan.

Coal has been mined here from olden times but it was in the l840’s that it scaled up to industrial levels and joined up with iron production from two ironworks, the remains of one which can be seen at Ton Pyrddyn. James Henty, the father of G.A. Henty the famous Victorian author of adventure books for boys, owned a mine in Banwen from 1852 until 1861. G.A. Henty’s book entitled “Facing Death” was published in 1882 and he may well have  drawn on his experiences of mining while living with his brother and family in Banwen.    60 years later another village author, Bert Coombes, wrote a prize winning book on mining “These Poor Hands.”

The DOVE Workshop set up after the Miner’s Strike caters to the educational development of the area with its large crèche, IT and lecture rooms. It has a well patronised restaurant for the public and it’s students offering a wide range of organic hot and cold foods.

The Community Council Chamber is housed here as is a branch of the Miner’s Library and part of the Cwm Dulais Historical Archive. Set in an open parkland environ its at the hub of a public footpath network, next to a free tennis court and a well stocked fishing lake run by the local angling club. This abuts the Banwen Rugby Club, flood lit field, an all weather playing area and a children’s play ground. Leisure projects in hand are a skate board park, new play equipment, a wet land nature reserve and a mosaic floored Roman Gateway to Sarn Helen as the Roman Road leaves Banwen to Neath.

The Community Hall at Pantyffordd is under council control but is managed by a constituted committee of local volunteers and is available for hire for parties, concerts etc.